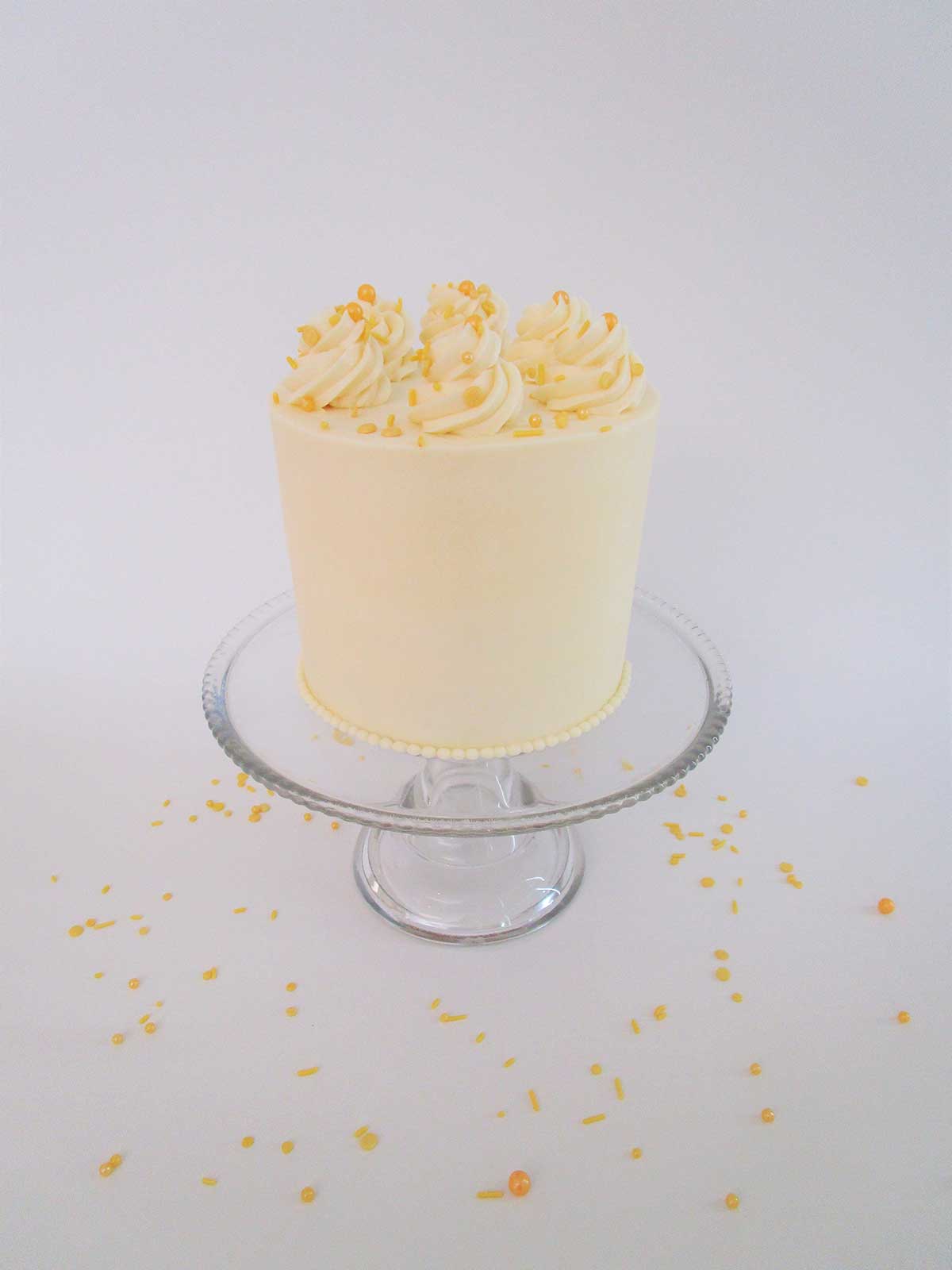 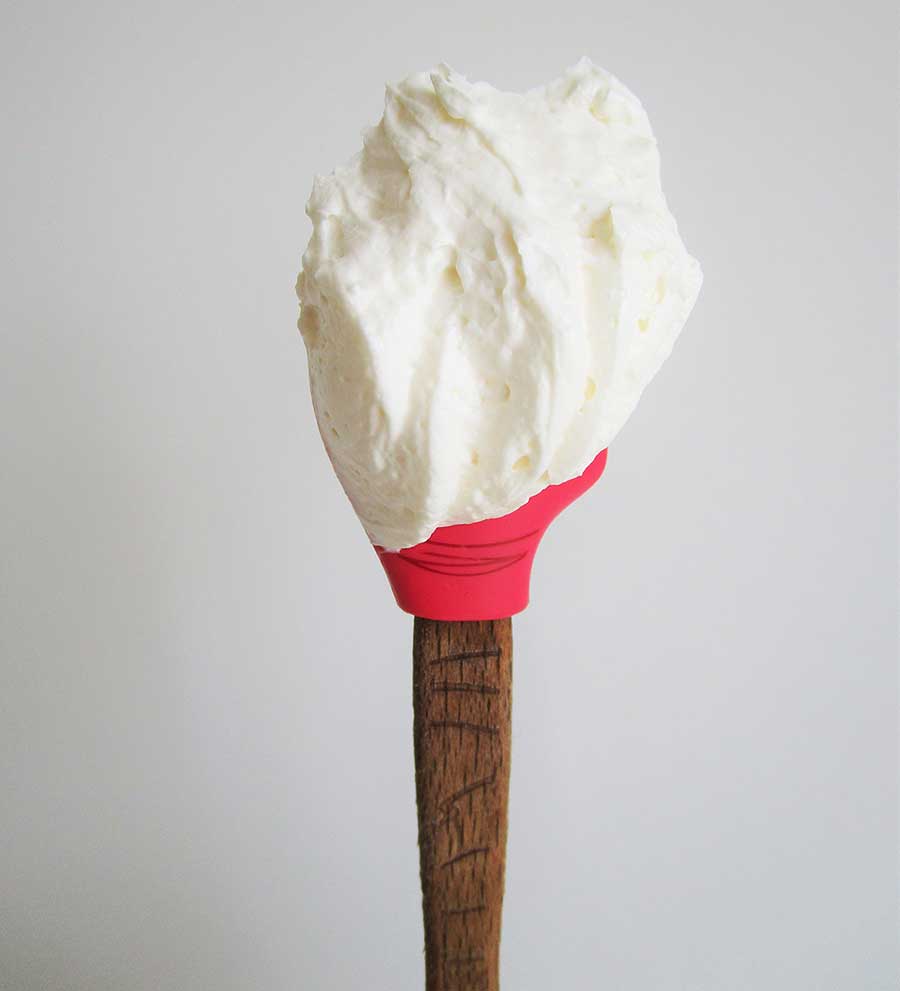 Swiss Meringue is made with a simple ratio of one part egg whites, two parts sugar and up to two parts of butter. First, the egg whites and sugar are gently whisked over a bain-marie until it reaches at least 135°. For a smoother end product, I prefer to cook it between 155° and 165° F. Then transfer the mixture to a mixing bowl with a whip attachment and whip to full volume.

Once your preferred meringue base is whipped to full volume, decrease the speed and continue whipping until it is cool to the touch. Then slowly add the cubed room temperature unsalted butter into the meringue. The glossy meringue will break down with the addition of butter and become a dull before the butter fully emulsifies into a light and fluffy buttercream. At this point, you may add any desired flavoring. Both Swiss and Italian are stable at room temperature covered for 1 to 2 days or for longer storage they can be refrigerated or frozen. 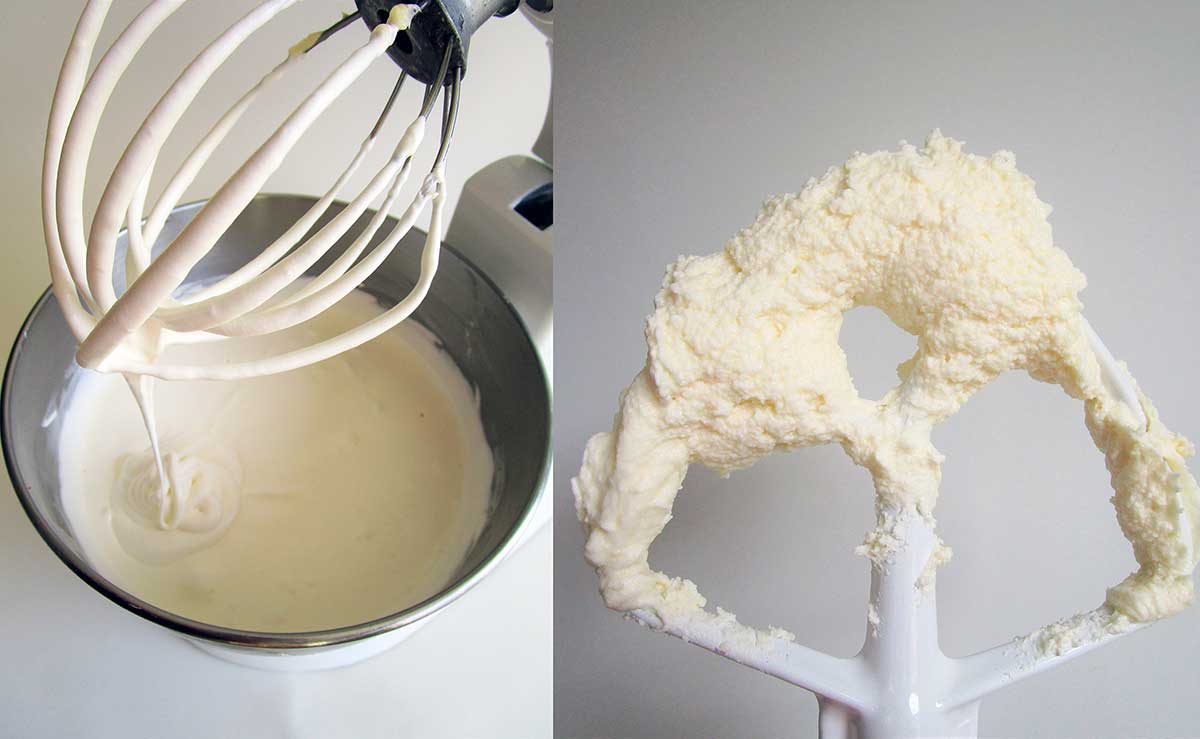 Turn mixer to low and quickly increase the speed to high. If the meringue flies up the side of the bowl keep mixing, it has more room to grow.


If meringue is too hot, when you add the butter, it will all melt and result in soup. You can try adding extra cold butter or cool in the refrigerator and re-whip.

Not coming together? (Photo on Left)


Just keep mixing or rest if mixer is getting too hot and then re-whip. If you have some leftover buttercream from another batch, try adding it in.

Lumpy or broken? (Photo on Right)


If the butter is too cold, it will result in a lumpy or broken product. You can fix it by gently heating the buttercream, while mixing with a blow torch on outside of the mixing bowl. This trick also works great when reheating previously stored buttercream.


You do not need to add the full amount of butter. Stop adding butter when your meringue starts breaking around the edges of the bowl and allow adequate time for it to whip up.

Get everything included in Premium plus exclusive Gold Membership benefits.