Sign in to view full video or become a member now!
Duration: 8:39

Sign up for premium membership and get access to our best cake decorating videos and projects. Get inspired and learn new knitting techniques and tips from friendly experts. Anytime. Anywhere.
Monthly $7.00
Annually $59.00

Upgrade to GOLD membership and get unlimited access to our entire library of premium videos and receive discounts on video downloads and classes in the shop. In addition, you’ll receive five full-length classes, five cake decorating guides, access to GOLD member LIVE events, and more!
Annually $139.00

Long hot summer days are made for pool parties and back yard barbecues! Dive in with cake designer Rachael Teufel as she steps you though creating three adorable food inspired cupcakes perfect for your summer parties. First up is an adorable scoop of ice cream, complete with a chocolate drip and a cherry.

Next is a big slice of watermelon. Rachael starts with a cupcake baked in a green wrapper to mimic the outer rind and then steps you though piping and shaping two different colors of American buttercream into a pyramid shaped slice of watermelon. Included are pointers on the powdered sugar method to create smooth flat edges and how to create a juicy appearance.

Lastly, Rachael creates a tropical pineapple with a pastry bag filled with two colors and fitted with a star tip. For more tips on adding multiple colors to piping bags, check out Rachael’s free lesson on “Filling Multi-Colored Piping Bags”. Rachael finishes the pineapple off by creating green spikes.

Once you have mastered the beginning techniques featured in this lesson, check out some of Rachael’s other cupcake designs like, “Modern Cupcakes.”

You Might Also Enjoy
Get new lessons
& special offers! 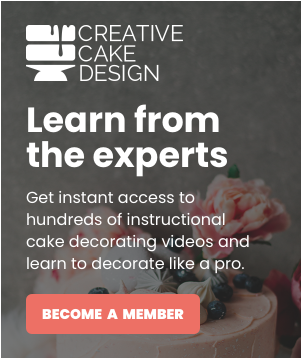